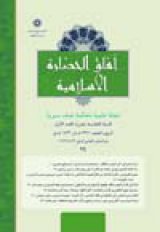 The calling of tradition is one of the most obvious phenomena of contemporary literature, and historical characters of real existence also form one of its branches, often found in the texts of order. Among the poets who turned to historical personalities and called those into their poems can be named najāh ibrāhīm's replacement. In her poems, najāh ibrāhīm revives the historical personality and observes the personalities of most nations in a way. In this descriptive-analytic study, we seek to study the historical characters that najāh ibrāhīm adhered to, and to make their implications with them, and to express their secret passwords; We were able to study these characters in three axes, and these are as follows: The characters representing the luminous face, The characters representing the dark face, and Also common characters. In order to reveal the traditional characters and unlock their passwords, we have also invoked techniques in poetry. The results show that the most prominent characters that the poet used in her poems are The characters representing the dark face, and that the most frequent calling technique used by the poet in the use of historical characters is the noun technique. The poet relied on historical personalities to unveil the magnanimity and self-esteem that had given him a way, and to speak of himself, her home, and all that was going on.

This Paper COI Code is JR_AFAGH-23-1_003. Also You can use the following address to link to this article. This link is permanent and is used as an article registration confirmation in the Civilica reference:

If you want to refer to this Paper in your research work, you can simply use the following phrase in the resources section:
Hosseini، Shokooh alsadat،1399،The Role of Muhammad Ali Jamalzadeh in Reviving Folk Literature in Iran،https://civilica.com/doc/1159092