Thermodynamic and reactivity descriptors Studies on the interaction of Flutamide anticancer drug with nucleobases: A computational view 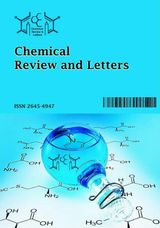 < p>In this work, the interaction between Flutamide (FLU) anticancer drug with nucleobases such as cytosine, thymine, uracil, and adenine was studied by density functional theory (DFT) methods from a thermodynamic point of view. The Gibbs free energy (ΔG) and enthalpy (ΔH) of C-FLU, T-FLU, U-FLU and A-FLU complexes were computed and demonstrate that the stronger interaction between cytosine and FLU and the adsorption of the drug on the bases proceeds spontaneously. The negative value of ΔH indicates that the adsorption of FLU drug on the cytosine, thymine and uracil bases are exothermic, these results confirmed ΔE results. During the interaction of Flutamide drug with nucleobases, the energy levels of the highest occupied molecular orbital (HOMO) and the lowest unoccupied molecular orbital (LUMO) were significantly changed. The values of the energy gap (Eg) reduced during the adsorption of the FLU drug onto bases which confirmed that the reactivity of the resulted complex increase upon adsorption. On the other hand, as a result of theoretical calculations, the values of the Eg for the Base-FLU structures in water solution are decreased in comparison to the corresponding values in the gas phase, indicating more the reactivity of the studied complexes in the aqueous medium.

This Paper COI Code is JR_CHRL-4-1_007. Also You can use the following address to link to this article. This link is permanent and is used as an article registration confirmation in the Civilica reference:

If you want to refer to this Paper in your research work, you can simply use the following phrase in the resources section:
Kamel, Maedeh and Mohammadifard, Kamal,1400,Thermodynamic and reactivity descriptors Studies on the interaction of Flutamide anticancer drug with nucleobases: A computational view,https://civilica.com/doc/1170377

The specifications of the publisher center of this Paper are as follows:
Ranking of Payame Noor University
Type of center: پیام نور
Paper count: 61,514
In the scientometrics section of CIVILICA, you can see the scientific ranking of the Iranian academic and research centers based on the statistics of indexed articles.