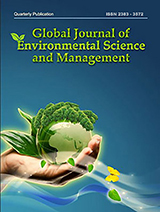 BACKGROUND AND OBJECTIVES: Electronic equipment production is one of the major industrial sectors in Indonesia, as it also contributes to Indonesia’s export commodities, which increase because of rapid technological developments. Cell phones, which have considerable potential to become electronic waste, recorded the enormous escalation in electronic production. This research aimed to increase community involvement and the collection of used cell phones from households in e-waste management in Indonesia. A survey was conducted to explore a household’s environmental awareness and willingness to recycle based on sociodemographics, environmental hazard awareness, and used cell phone usage in Jabodetabek, Indonesia.METHODS: In this research, a peer questionnaire was used and organized into five sections: The first section contained the sociodemographic details of the respondents. The second section comprised multiple concerns that relate to recycling and environmental awareness. The third section contained the family cell phone information. The fourth section determined the cell phone consumer behavior. The fifth section consisted of willingness to recycle. Statistical correlations between variables were assessed, and the chi-square independence test was used to evaluate the statistical correlations. FINDINGS: Mostly the households will replace their used cell phone if there is damage (۶۶.۸۴%) and keep the used cell phone at home (۵۹.۵%), thus becoming an obstacle in applying the appropriate recycling system and a circular economy. The average cell phone ownership in Jabodetabek is ۱.۲۸ units, and the average cell phone life span of people in Jabodetabek is ۲.۶ years. The Environmental Hazard Awareness variable has significant differences with occupation and income level (p-value = ۰.۰۲۸ and ۰.۰۴۶), Used Cellphone Usage variable has significant differences with the income level variable (p-value = ۰.۰۲۴). The others, a statistically significant difference between sociodemographic variable and Willingness to Recycle was observed; p-value = ۰.۰۰۳ for age and p-value = ۰.۰۳۴ for occupation. CONCLUSION: This paper showed that Environmental Hazard Awareness and Willingness to Recycle have an important role in increasing the collection of used cell phones from households. . This study assessed community-based factors located in urban areas. The factors could encourage their participation in collection activities, obtain information on the preferred collection channels of residents, and provide a perspective for managing cell phones through an analysis of the improvements and influences of Indonesia’s current e-waste recycling program. Therefore, to develop a new strategy, the findings of this study can provide insights into the e-waste problem and citizen’s awareness of e-waste management.

This Paper COI Code is JR_GJESM-8-1_007. Also You can use the following address to link to this article. This link is permanent and is used as an article registration confirmation in the Civilica reference:

If you want to refer to this Paper in your research work, you can simply use the following phrase in the resources section:
Wibowo, N. and Nurcahyo, R. and Gabriel, D.S.,1401,Environmental awareness factor of used cell phones,https://civilica.com/doc/1259900