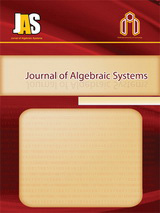 In this paper, we consider the m_c-topology on C_c(X), the functionally countable subalgebra of C(X). We show that a Tychonoff space X is countably pseudocompact if and only if the m_c-topology and the u_c-topology on C_c(X) coincide. It is shown that whenever X is a zero-dimensional space, then C_c(X) is first countable if and only if C(X) with the m-topology is first countable. Also, the set of all zero-divisors of C_c(X) is closed if and only if X is an almost P-space. We show that if X is a strongly zero-dimensional space and U is the set of all units of C_c(X), then the maximal ring of quotients of C_c(U) and C_c(C_c(X)) are isomorphic.

This Paper COI Code is JR_JAS-9-2_012. Also You can use the following address to link to this article. This link is permanent and is used as an article registration confirmation in the Civilica reference:

If you want to refer to this Paper in your research work, you can simply use the following phrase in the resources section:
Veisi, A.,1401,ON THE m_c-TOPOLOGY ON THE FUNCTIONALLY COUNTABLE SUBALGEBRA OF C(X),https://civilica.com/doc/1282219

The specifications of the publisher center of this Paper are as follows:
Ranking of Yasouj University
Type of center: دانشگاه دولتی
Paper count: 3,424
In the scientometrics section of CIVILICA, you can see the scientific ranking of the Iranian academic and research centers based on the statistics of indexed articles.