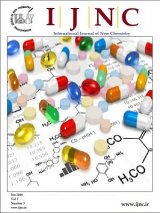 Introduction: The prevalence of deep vein thrombosis (DVT), as a fatal complication of cancer, is affected by several variables. Chemotherapy is an exacerbating factor of DVT in cancer patients. Given the uncertain effect of chemotherapy after mastectomy in women, this study aimed to determine the prevalence of DVT following mastectomy in women undergoing chemotherapy.Methodology: This cross-sectional descriptive study was conducted in hospitals, affiliated with Tabriz University of Medical Sciences, on ۲۳۰ women under chemotherapy, following mastectomy. In this study, DVT examinations were performed using an instrument designed in compliance with the research objectives. People at high risk, based on this instrument, received a Doppler ultrasound. Finally, the collected data were analyzed using descriptive and inferential tests. Results: Based on the results, ۷۲ patients were at high risk of DVT, which reduced to ۳۷ confirmed cases after Doppler ultrasound. The results indicate that an increase in chemotherapy sessions was effective in increasing the incidence of DVT. Conclusion: The results of the present study suggested that one out of ten women undergoing chemotherapy, following mastectomy, developed DVT.

This Paper COI Code is JR_IJNC-9-2_005. Also You can use the following address to link to this article. This link is permanent and is used as an article registration confirmation in the Civilica reference:

If you want to refer to this Paper in your research work, you can simply use the following phrase in the resources section:
Mahdavi, Farshad and Naseri, Ali Reza,1401,Prevalence of Deep Vein Thrombosis Following Mastectomy in Women Undergoing Chemotherapy,https://civilica.com/doc/1321366

The specifications of the publisher center of this Paper are as follows:
Ranking of Tabriz University of Medical Sciences
Type of center: علوم پزشکی
Paper count: 3,395
In the scientometrics section of CIVILICA, you can see the scientific ranking of the Iranian academic and research centers based on the statistics of indexed articles.