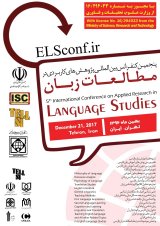 This study aimed to determine whether different instructional procedures involving Bakhtinian theory of dialogism led to improvement of EFL classroom-based assessments (CBAs). In doing so, out of the population of freshman undergraduates, 128 intermediate-level language learners whose ages ranged between 18 and 25 were selected based on their performance on a Quick Oxford Placement Test (QOPT). The targeted samples were randomly assigned to four experimental and control groups. The first group was taught grammar using interactionist classroombased assessment, while the second group receive instruction on the same grammatical areas employing interventionistclassroom-based assessment. Finally, for teaching grammar to the third group, both versions of CBA were integrated. Subsequently, a TOEFL Grammar Test (TGT) pretest and the posttest were administered to both experimental groups and the fourth sample which served as the control group. The data obtained from the measurement instruments and the relevant statistical techniques revealed that all groups receiving CBA practices outperformed the participants in the control group. However, those receiving both types of CBA (i.e. the hybrid group) had emulated the performance of the students in other classes. Notably, the findings of this research may have important implications for material developers, syllabus designers, and language teachers

This Paper COI Code is ELSCONF05_014. Also You can use the following address to link to this article. This link is permanent and is used as an article registration confirmation in the Civilica reference:

If you want to refer to this Paper in your research work, you can simply use the following phrase in the resources section:
Bahadoran-Baghbaderani, Ali and Zarei, Gholam Reza and Tahririan, Mohammad Hassan,1396,Implementing and Gauging Bakhtin’s Legacy of Dialogism for Classroom-Based Assessments: Ripe for Syllabus Innovation,Fifth International Conference on Applied Research in Language Studies,Tehran,https://civilica.com/doc/761808