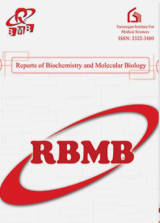 Background: The Ccr4-Not protein complex (CNOT complex) is a key regulator of gene expression in eukaryotic cells. Ccr4-Not Complex is composed of at least nine conserved subunits in mammalian cells with two main enzymatic activities. CNOT8 is a subunit of the complex with deadenylase activity that interacts transiently with the CNOT6 or CNOT6L subunits. Here, we focused on the role of the human CNOT8 subunit in the DNA damage response (DDR). Methods: Cell viability was assessed to measure ATP level using a Cell Titer-Glo Luminescence reagent up to 4 days’ post CNOT8 siRNA transfection. In addition, expression level of phosphorylated proteins in signalling pathways were detected by western blotting and immunofluorescence microscopy. CNOT8-depleted Hela cells post- 3 Gy ionizing radiation (IR) treatment were considered as a control. Results: Our results from cell viability assays indicated a significant reduction at 72-hour post CNOT8 siRNA transfection (p= 0.04). Western blot analysis showed slightly alteration in the phosphorylation of DNA damage response (DDR) proteins in CNOT8-depleted HeLa cells following treatment with ionizing radiation (IR). Increased foci formation of gH2AX, RPA, 53BP1, and RAD51 foci was observed after IR in CNOT8-depleted cells compared to the control cells. Conclusions: We conclude that CNOT8 deadenylase subunit is involved in the cellular response to DNA damage.

This Paper COI Code is JR_RBMB-9-2_005. Also You can use the following address to link to this article. This link is permanent and is used as an article registration confirmation in the Civilica reference:

If you want to refer to this Paper in your research work, you can simply use the following phrase in the resources section:
Eskandarian, Samira and Grand, Roger and Irani, Shiva and Saeedi, Mohsen and Mirfakhraie, Reza,1399,Importance of CNOT8 Deadenylase Subunit in DNA Damage Responses Following Ionizing Radiation (IR),https://civilica.com/doc/1141867

The specifications of the publisher center of this Paper are as follows:
Ranking of Islamic Azad University of Science and Research Branch, Tehran
Type of center: Azad University
Paper count: 37,210
In the scientometrics section of CIVILICA, you can see the scientific ranking of the Iranian academic and research centers based on the statistics of indexed articles.